Whether it’s home, work or school electromagnetic testing,  I’ve been testing homes and offices for wireless, electric and magnetic radiation since 2008.  I am not certified but have come behind those who are and found things affecting the client they didn’t find. Why? Because I have EMF sensitivity and I know what affects me.  It’s not just a number on a meter.  I look at lifestyle also, not just the home, to get a better view of what is affecting the client’s health.

I do not change your technology but show you where your electric, magnetic and wireless radiation is coming from, then give ideas of ways to correct those.

If you prefer to do electromagnetic testing yourself, I have in-depth

instructions on ‘How to Test‘ here including which EMF detectors to use.

I am located in the DFW Metroplex/North Texas area and only provide electromagnetic testing in that approximate area.

$300.00 minimum charge, paid in advance and applied to final bill 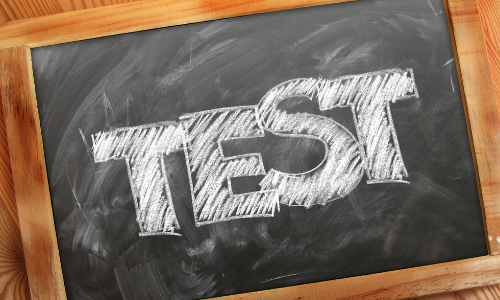 Here is what one young client with four children told me:  She had stage 4 breast cancer and was not expected to live until Christmas (only 4 weeks away).  She had been doing chemotherapy for several months but each test she took showed she was getting worse.  I told her about how I could feel my old cancer areas reactivating in the presence of electric, magnetic and wireless radiation and recommended that her home be tested.  She said she did want to have her home tested. When I arrived, I asked her if she could feel the cancer and she said yes and it was worse in the mornings when she woke up.  So, I tested her bedroom first and found all these technologies (all in the bedroom) giving off an extremely high wireless meter reading: computer, modem, printer, TV service box, TV, cordless phone, adjustable bed (a constant wireless signal – the first time I had seen this), and she would plug her cell phone in and put it right beside her pillow.

Then there were some electric items plugged in behind the bed which radiated to the pillow/sleeping area and onto the metal frame of the bed.  We were able to get everything down to almost nothing showing up on the wireless meter and then continued on to the rest of the house.  She also did some EMF rebalancing once a week.  When she retested at the end of the month (less than 4 weeks later), her main tumor had shrunk by half and then by half again at the next testing.  She was also pain free for the first time in months.

If you have cancer or EMF sensitivity, it is imperative that you have NO wireless radiation in your home and ultra low electric and magnetic in your body space.  Now you see why electromagnetic testing and EMF radiation protection is so important!

Do your own home testing by purchasing EMF detectors I recommend HERE then go to ‘How to Test‘ page. If you still have issues, you can do a Consult with me to get more information.

Contact me here only for scheduling and payment of Home Testing Service:

You can support me in researching, writing, teaching and advocating about the harm of EMF radiation by giving a financial gift.

Thank You in advance!!! (I am not non-profit so it is not tax deductible)

This website is My Story and for educational purposes not medical advice. I do not treat or diagnose disease.
HOME

How EMF's Affect You
Studies/Letters/Advocates
Harmful Effects of EMF